On the occasion of the seventieth birthday of Torcida, a fan group of the football club Hajduk Split, the Klis Fortress was shining last night at 19:50.

Members of the Torcida Klis, supporters group, prepared a magnificent scene when they lit dozens of torches and flares, thus illuminating the entire fortress. Rarely could anyone resist this scene, so it was enjoyed by all generations. Fireworks were organized in memory of Klišanin Ante Valent, one of the founders of this fan group.

Torcida was founded on October 28, 1950, and is considered the oldest fan group in Europe.

The full gallery available below. 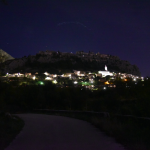 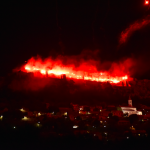 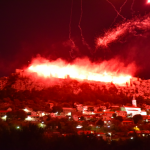 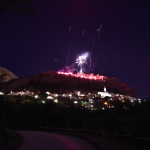 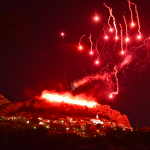 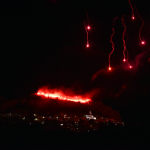 About the Author: Urednik